Can "green" apps save the planet? 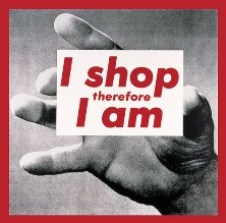 Last Spring I was listening to an On Point program about our ecological footprints and the hidden environmental costs of many of the products we buy. For example, manufacturing an e-reader like an iPad has the same impact on climate change as about 100 old-fashioned books; count the electricity you use for the life of the iPad (which mostly comes from coal-burning plants) and it becomes clear that, as Daniel Goleman and Gregory Norris say, the most ecologically friendly thing to do is to walk to your local library.

Anyway, the show also discussed some "green" apps that are now available for your iPhone which rate various products based on a calculation of their impact on the environment. So, for example, it might suggest buying this brand of vacuum over another because the former company uses more recycled plastic. Now, I have no problem with educating people about the ecological impact of the products they buy (in fact, I'm quite convinced this is a great idea), but, one person who called in to the radio program reminded me of the larger problem we face.

I'm kind of assuming a lot, but from the way it sounded to me, the caller was probably a wealthy suburban housewife who drives a Lexus SUV, goes shopping a couple of times a week, and who purchases the latest, greatest smartphones for herself and her family every couple of months. She described how wonderful the new green apps were and how much they helped when she was shopping for that new vacuum or phone or flatscreen TV and she was very excited that she could be "green" while doing this. Unfortunately, she has completely deluded herself: the problem is not just that we buy new vacuums made without any recycled plastic, or that we buy a new car that gets 5 miles per gallon less than another one; the main problem is all of the constant buying itself. We are consumers through and through, and, while I'm too lazy to look up the exact statistic, Americans have consumed more of the earth's resources in the last century than the rest of the world has throughout all of history, or something crazy like that.

There is something amusing about us driving around consuming everything in sight but patting ourselves on the backs while we do it because we have some "green" apps on our smartphones.
Posted by Unknown at 10:16 PM