A question for Brian Greene 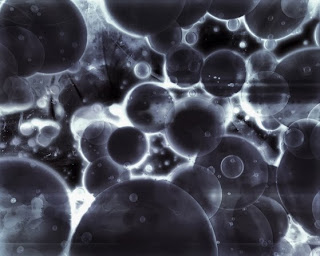 I was listening to a podcast of Radio Lab yesterday, and heard an interview with the physicist Brian Greene. The topic was the possibility of a theory of everything (a fundamental theory of physics that could in principle explain everything else about the universe). Recently some cosmologists have been thinking about the implications of the multiverse theory on the possibility of a theory of everything. If millions of different universes exist, it is difficult to see how a single theory could explain everything about all those universes. In the course of the discussion, Greene was pushed on the idea of a multiverse, and was asked if the multiverse was really more of an object of faith than of science, since we don’t have any observational evidence that it exists. Greene was adamant that it did not require faith, that the known fundamental mathematical equations that govern our universe indicate that other universes exist. He insisted that we are simply following the equations when we posit the existence of the multiverse. I want to know: is this true?

My understanding of the multiverse is that it was postulated as an explanation for our universe’s improbable existence. The chances of our universe having the exact set of properties that it does, ones that allow life, are exceedingly slim. To make chance a plausible explanation, we posit that there are perhaps an infinite number of universes. At least one universe of the millions is bound to have the set of properties required for life. Ours happens to be it. An illustration I’ve read is as follows: An arrow is randomly fired into a huge forest. The arrow hits Mr. Brown. This is an exceedingly unlikely event. One hypothesis that could explain this event would be to suggest that the forest was full of people (rendering Mr. Brown one among many possible targets). This hypothesis, like the multiverse hypothesis, therefore possesses explanatory value. But without any independent evidence, it necessarily remains speculative and ad hoc. The hypothesis was invoked specifically to render chance a plausible explanation, not because there was any empirical evidence supporting the hypothesis. Critics charge that the multiverse theory is an artificial inflation of one’s probabilistic resources when the known probabilistic resources are deemed insufficient to explain an improbable event.