The Limits of Science: Debating "Denialism" 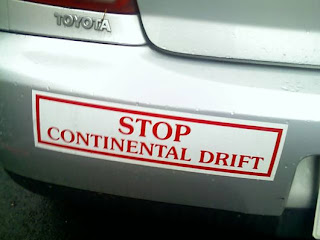 Last time we saw one problem with having an exaggerated sense of the objectivity and purity of science. Another has to do with how many scientists and non-scientists (mostly self-proclaimed rationalists) deal with people who disagree with them over one theory or another. This view seems to be epitomized by Michael Specter is his book Denialism.

I haven't read the book, and don't plan to, but I read the introduction and I think that was enough to get a flavor of the book. I'll sum it up for you: if you don't love science as much as I do and disagree with scientists on anything than you are obviously stupid and irrational and should be sterilized. And your children should be kidnapped.

Attitudes like this drive me nuts for several reasons. One, scientists themselves disagree about a great many things in science. There are equally "scientific" papers that argue for either the primacy of astronomical causes (e.g. orbital changes) or terrestrial causes (e.g. greenhouse gases) of past climate change. There is disagreement over the composition and source of the early Earth's atmosphere. Or, think about how many times we've heard things like chocolate is good for you, wait it's bad for you, oops now it's good for you again. There is simply no such thing as "science says this about something and that's the end of it." Within the scientific community there exists a myriad of viewpoints, theories, and interpretations of facts relating to just about any scientific topic. To adopt one particular theory and dismiss everyone else as being part of "denialism" seems to be a bit of a stretch.

Secondly, philosophers of science as well as scientists themselves often write about how science will never truly end, about how there is always more to discover, and that this fact is partly why science is so exciting. Nicholas Rescher lays out rigorous philosophical arguments for this idea in his excellent book Nature and Understanding, and this was also the main topic in a recent editorial in the journal Science. Though frequently acknowledged, many people fail to appreciate what this means for any particular scientific theory: it is subject to revision and/or complete reworking.

A brief look at the history of science reveals the same story over and over again. Proponents of one particular theory demonize, ridicule, or ignore their opponents for daring to question established wisdom. Consider Ptolemy's geocentric universe, Wegener's theory of continental drift, or Newton's theory of gravity. Wegener was ridiculed viciously for his "wild" ideas by the geological community, yet now the fact that continents have moved over time has become the new established wisdom. There isn't any reason to think that we are so special as to be immune to this sort of thing. Our scientific theories are also under constant revision and scrutiny. It is ironic that self-proclaimed rationalists end up speaking of particular scientific theories in the same way others might speak of an unquestionable religious dogma.

Dreaming up some perjorative labels for people who disagree with you is not new. Mike Specter just adds "denialism" to the vocabulary of people who want a way to pat themselves on the back for being right while being comforted by the fact that all those other people who disagree with them are so obviously stupid and irrational. It's not that people can't be irrational. They can be, and many people are. But Specter's particular approach to this problem strikes me as profoundly unhelpful, anti-intellectual, and dare I say it, unscientific.
Posted by Unknown at 10:29 PM