The Limits of Science: when scientists speak 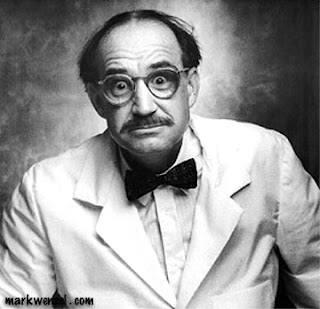 Rich Lewontin, in his book Biology As Ideology, writes that science is "a social institution completely integrated into and influenced by the structure of all our other social institutions." Lewontin is a leading geneticist and is certainly not anti-science. He simply calls for a "reasonable skepticism" when it comes to evaluating scientific claims and theories because scientists, like everyone else, can be influenced by a variety of other factors.

Having an exaggerated view of science's objectivity and purity can lead us to make some mistakes. First, it can lead to an exaggerated belief in the objectivity and purity of scientists. We need to be careful to distinguish between science (i.e. empirical claims) and what scientists say. It is common for scientists to express personal opinions within the pages of science texts, and it is also common for these pronouncements to be seen as "scientific" by the public. For example, in his influential book Sociobiology: The New Synthesis, E.O.Wilson makes sweeping claims about human nature that go far beyond what any empirical biological studies can tell us. One example, described by Lewontin:


﻿     "He [Wilson] says, 'Human beings are absurdly easy to indoctrinate. They seek it...Man would rather believe than know.' That statement is, we must note, found in what is called a scientific work, used as a textbook in courses all over the world, filled with the mathematics of modern population biology, crammed with observations and facts about the behavior of all kinds of animals, based on what Time magazine has called the "iron laws of nature."
﻿For many readers Wilson's statement will be perceived as having the same scientific authority as other claims in the book. Please do not misunderstand my point; I am not commenting on whether this particular claim is true. Rather, I wish to point out that Wilson's claim, though thrown in with the mathematics and science, is not itself supported by that science. It is actually an expression of Wilson's own social and political views.
Another example comes from zoologist (my favorite and yours) Richard Dawkins, who in his book River Out of Eden: A Darwinian View of Life, writes that, "the universe we observe has precisely the properties we should expect if there is, at bottom, no design, no purpose, no evil and no good, nothing but blind pitiless indifference." Really? Which microscope, telescope, or meter stick did he use to discover this? The content of this statement falls almost completely outside the bounds of science. Science may have something to say about design or purpose in the universe, but good, evil, or "pitiless indifference"? No way. This is his particular view and interpretation of the how things are, and we need to be careful to distinguish between someone's scientific work and the opinions of a scientist in areas outside of their own expertise.
Posted by Unknown at 9:59 PM

normally i'd look for a fight lol, but i agree, too much of today's "facts" are opinions.
like on the so called news stations. the pundits, the every thing.
Scientific Facts are only facts that can be measured and the results reproduced.