The Limits of Science 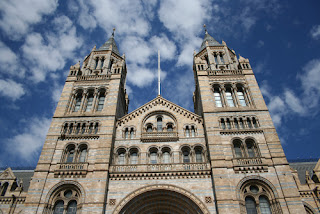 The success of science is indisputable. One only needs to look at modern medicine and technology for convincing evidence that science works. In the approximately 400 years since the birth of what we might recognize as modern science we have undoubtedly gained considerable knowledge of the natural world and its inner workings. In that time science has become a central part of our culture and, in many ways, has replaced religion as a major source of authority.

Since the Enlightenment there has been a steady trend of secularization in public life. Where once the Church wielded tremendous social and political power to uphold their own dogmas (e.g. the flat earth; just kidding, they actually never said that), some critics allege that the scientific establishment has in some ways taken the Church's place, forming a kind of scientific priesthood.

In fact, one famous proponent of science in the Victorian age and one of the first professional scientists, Thomas Huxley, had exactly that in mind. To Huxley and his supporters, science needed to replace religion as the supreme source of cultural authority. Historian Peter Bowler observes that the great museums of natural history built in Britain and America during the 1800s are rather cathedral-like (see the London museum above), and that this "helped confirm the role that science had usurped as the source of moral authority in the modern world."

Leaving aside the problem of "science" being a source of moral authority, what does this mean for us? One thing it means is that science's dominant position in our culture can cause people to accept pronouncements or conclusions uncritically. No doubt it was common in earlier centuries for people to uncritically accept what religious authorities told them, and we can have the same problem with scientific authorities now. In fact, in some ways it is probably worse today because science has become so specialized that it is sometimes hard for other scientists, nevermind lay people, to make sense of theories and concepts outside of their own fields.

As a former science educator, I am interested in helping people achieve science literacy, part of which includes being able to critically evaluate scientific claims and evidence as well as being aware of the nature and history of science. Over the next few weeks I intend to write further on these topics because while science is clearly an important source of knowledge, science (and especially scientists) are hardly infallible. Let's not accord to scientific theories the same blind faith and adherence to dogma that rationalists are so quick to criticize in our religious forebears.
Posted by Unknown at 10:41 PM