The Limits of Science: is science ever pure? 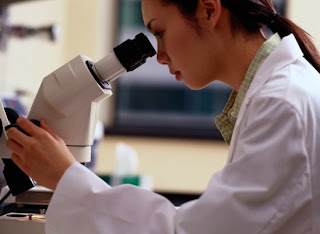 Philosophers of science have tried for over a century to establish a rigorous, logical foundation for science, one that justifies science as an objective source of knowledge. No obvious solution is forthcoming. Instead, historians and philosophers of science have come to realize that, despite the protests of self-proclaimed rationalists, science is not the ultimate, infallible source of knowledge we might like it to be.

In case some relativists out there are getting too excited, it is equally clear that science is not merely a social construct or a human invention that has no connection to an underlying reality. As mentioned in a previous post, the success of science is indisputable. Someone once said that thanks to modern science, an elementary school student now knows more about the world and the universe than Aristotle did. Science is a not a social construct, but it is a human enterprise that is influenced by everything that affects humans.

Examples of the influence of culture and ideology on science abound. Probably the most famous example is Darwin's particular theory of evolution by natural selection and sexual selection. Darwin's theory of individuals struggling to survive has an undeniable parallel to Victorian ideas about economic competition and societal progress. His ideas about sexual selection also came straight from his cultural view of men and women. Genetecist Rich Lewontin writes, "In reading Darwin's theory, one can see the proper young lady seated on her sofa while the swain on his knees before her begs for her hand, having already told her father how many hundreds a year he has in income."

Another example involves the religious and philosophical views of James Hutton and Charles Lyell. Together they are often regarded as having started the field of geology and are hailed for their "modern" scientific outlook. In fact, their views on the Earth were rooted in beliefs in Deism and an eternal Earth. This led to the formulation of "uniformitarianism," the idea that everything about the Earth (both in the past and now) can be explained by the sorts of slow, everyday processes that we currently see. This idea proved to be helpful in getting scientists to think correctly about many of the formations we see on the Earth (e.g. mountains, river valleys, etc.).

Uniformitarianism, though, being rooted ultimately in ideology also hindered science in some ways and was flat out wrong in others. The obvious problem is that the Earth is not eternal, and in fact has a history. It has not always been the same, and therefore not everything can be explained through the processes we see at work today. The existence of ice ages and the massive glacial erosion they can cause was at first denied by scientists who followed Hutton and Lyell's methodology. They insisted that "catastrophes" had no place in the science of geology. As we now know, unique, catastrophic events have played an important role in the history of the Earth. These include everything from the formation and cooling of the early Earth, to ice ages, to asteroid impacts. These phenomena were initially ruled out because science had been influenced by a preferred ideology.

This is not to say that the influence of ideology is always bad. After all, most scientists consider Darwin to have been right about a great many things and geology no doubt benefited from Hutton's insistence on paying attention to the slow processes happening around us. Acknowledging the influence of culture on science does not mean giving up on science. It simply means that we must pay close attention to be able to distinguish where the empirical claims end and the ideology begins. In other words, to be aware of the limits of science.
Posted by Unknown at 9:40 PM

purity in any form, under any circumstance or thought is a myth.
it cannot be because it is not something that is.
that being said, science is a living well "science", it evolves with us, it changes with us, as we understand the world and universe around us, we understand it as well.
what was scientific fact, will not always be so.
look at the people who took what religion said was fact. That the brain was just useless filler and the heart was where thought was, that the universe went around the Earth.
That it is women who are responsible for the sex of a child.
Jefferson believed that African Americans were not capable of being civilized due to "science" he was taught.
That lawyers are conceived though anal sex...
with time, we understand more and more and more.
The issues instead lies in catch phrases and mnemonics we are taught to remember "facts'.
And like religion, the laws of old will be left for those who do not wish to change their minds and view the universe in a new way.

Hey Mike,
You are exactly right that science is always changing, and what was once considered a "fact" is now known to be otherwise. I also believe that science is getting more accurate, not less, over time.

You have to know, though, that I object to the description of "religion" having said that the universe went around the earth or that women are responsible for the sex of the child. People said these things, some religious and some not. :)

I agree with you, though, that purity of thought is a myth.

purity of anything is a myth.
as for men said and not religion, those same men ran those regions, or rather their politics and beliefs did.