Science and Culture, or, who needs kingdoms and phyla anyway? 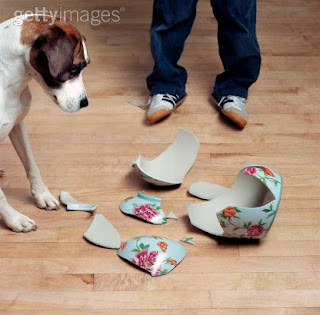 I recently finished reading The Earth Encompassed, a history of the environmental sciences by Peter Bowler. A major theme in the book is to show how all sorts of things can influence the development of scientific knowledge. Commonly viewed as having a lofty epistemic status and often claimed to be the sole source of objective knowledge, science is in fact strongly influenced by culture, political ideologies, religious ideologies, and even geography.

I plan on posting more on these topics later, but I'll start with an interesting discovery made by philosopher Michel Foucault while he was looking through an ancient Chinese encyclopedia. While discussing the history of classification (i.e., the different ways that different cultures have categorized parts of the natural world), Bowler relates the story of how Foucault became interested in questions of language and representation in the first place.

We are probably all reasonably familiar with the Western approach to taxonomy in which we divide plants and animals primarily according to their physical characteristics (kingdoms, phyla, genus, species, etc.). As Foucault discovered, however, the ancient Chinese apparently had a very different approach to classification which resulted in placing animals in the following categories: a) belonging to the Emperor, b) embalmed, c) tame, d) sucking pigs, e) sirens, f) fabulous, g) stray dogs, h) included in the present classification, i) frenzied, j) innumerable, k) drawn with a very fine camel hair brush, l) et cetera, m) having just broken the water pitcher, n) that from a long way off look like flies.

Anyone have a good mnemonic to help memorize that?
Posted by Unknown at 10:22 PM

humans are addicted to categorizing things, each other, colors, reproductive acts.
i think we have some form of jungian ocd.